Stephanie Davis is Google’s vice president for Southeast Asia, making her the company’s top-ranking executive for the region.

Davis, who’s in her 40s, has worked for Google for 15 years. Originally from a small town in Georgia in the US, she spent stints working in the San Francisco Bay Area, Dublin, and New Zealand before moving to Singapore in 2017 as the company’s country director.

Before the pandemic, Davis said she was typically traveling in the region for work eight to 10 days out of the month.

Whenever possible she would tack on a personal day to a work trip, and her husband would join her for a mini-vacation.

“I think it’s one of the beauties about this region,” Davis told Insider. “You have the organization, the safety, and the beauty of Singapore, a professional place to be in terms of career. But then you step on a boat, step on a plane, and you can just be in some of the most adventurous, amazing spots in the world.”

Now, like many office workers, Davis has been working from home for over a year. In April, however, Singapore’s loosened restrictions allowed Davis to start going into the office two days a week and to work from home the other three.

Davis, who lives in Singapore’s Tanjong Pagar neighborhood with her husband, Jack, said she thought she had a sufficient home-office setup before the pandemic.

“But I soon realized my desk and my small chair may have worked for weekend work and a few hours at night, but it certainly wasn’t cut out for working full days at home,” she said. “So I’ve certainly had to adapt a more ergonomic setup.”

Davis got a better chair, a desk that raises and lowers so she can alternate between sitting and standing, and a keyboard and monitor.

Google, which is known for providing lavish amenities to its employees like a free café and on-site massage therapists, is saving more than $1 billion a year while its staffers work from home, Bloomberg recently reported.

7 to 7:30 a.m: As often as her schedule allows, Davis starts her day with a yoga session.

“I have found yoga to be so helpful to my well-being during this time that I sometimes manage to squeeze in two sessions a day, with a second one that’s a nice wind-down before bed,” Davis said.

One of her favorite channels is Boho Beautiful with Juliana Spicoluk, she said. The morning yoga is a new addition to Davis’ routine since she started working from home.

“Singapore is an easy city to get around, so it’s not that I have a really long commute,” she said. “But that saving of time in the morning has allowed me to do yoga most mornings.”

7:30 to 8 a.m: After yoga, it’s time for Davis’ morning coffee made with Malaysian-grown coffee beans from the local Tiong Bahru market and brewed by her “kind husband,” she said.

“No fancy coffee machines in our home — we lived on a boat for many years, and it’s still a stovetop espresso maker for us,” Davis said. “We love the simplicity and low waste.”

With her coffee in hand, Davis starts getting ready for her day.

“Another pandemic-driven change: I get ready for WFH much faster than I get ready to work from the office,” she said.

8 to 9 a.m: Davis typically spends the first hour of her workday clearing her inbox.

Davis said she got “hundreds” of emails a day and tried to “carve out time each day to read and respond to top priorities.”

9 to 10 a.m: Davis’ first meeting of the day is with the Southeast Asia search product and marketing team. It’s one of about 40 hours of meetings in a typical week.

They discuss how to make Google Search more useful for people in the region.

“We know that people in Southeast Asia are increasingly using voice search to discover a wide range of information — from song lyrics to recipes to store hours, restaurants nearby and items to buy,” Davis said. “The number of people across SEA who used their voice to interact with Google on their phone grew 49% compared to the previous year.”

10 to 11 a.m: Her next virtual meeting of the day is with Southeast Asia’s YouTube team.

Google sees YouTube (which Google owns) as an “integral partner” to the growth of the internet economy in Southeast Asia, Davis said.

Five of YouTube’s biggest markets globally, based on watch time, are in Asia: India, Indonesia, Japan, Thailand, and Vietnam, she said.

After the meeting ends at 11 a.m., Davis takes a 15-minute break to stretch and refill her water bottle.

Davis typically meets with her direct reports for 45 minutes every two weeks.

She and Qureshi discuss how Google can help startups and developers in Pakistan.

Noon to 12:30 p.m: Davis sits in on an in-person meeting at Google’s office in Singapore, where the company’s incident-response team is discussing its continuing efforts to make the offices safe for Googlers to return.

The meeting is typically virtual, but some members of the team were able to meet in person at the end of last year.

12:45 to 1:45 p.m: Davis has lunch at a local café with a founder who has decided to start a new business to address the climate crisis.

“I look forward to when we can once again host guests at our offices, but I’m also thankful for the many local cafés in Singapore, where we can easily meet up and have productive business discussions,” Davis said.

2 to 4 p.m: After lunch, Davis has more virtual meetings, including one with Google’s philanthropic arm, Google.org, to get an update on its recent projects.

Google.org announced on April 26 that it was contributing $18 million to the COVID-19 crisis in India. The philanthropic arm also works with local organizations in Southeast Asia to support education for underprivileged children, Davis said.

Then she has a 30-minute call with a large e-commerce company in the region about how the two companies can work together to get more small businesses online.

“Town halls like these are an integral part of Google’s culture, and at this one, we hear personal stories from Googlers across the region,” she said.

4:15 to 6 p.m: Davis is a few minutes late to the monthly meeting of the Singapore Computer Society, where she’s an Executive Council member.

The Singapore Computer Society is an infocomm and digital-media society with 42,000 members — including industry professionals, students, and tech enthusiasts — that helps grow the tech industry in Singapore, she said.

The meeting is in person, with masks and social distancing, Davis said.

6:15 to 6:30 p.m: Just as she gets back home, Davis gets a video call from her brother in North Carolina so she can say good morning to her 1-1/2-year-old niece, Vivian Cora.

“It’s been more than a year since I last saw my family in the US,” Davis said. “I come from a close-knit family, and it’s been difficult to not see them, but I’m grateful that we’re healthy and well connected via video calls.”

6:30 to 8 p.m: Davis and her husband go for a hike at Singapore’s Mount Faber, a 138-acre park with scenic views of the city. It’s a hike they do several times a week, she said.

“He and I catch up on our respective days, but then our earbuds go in, we listen to our favorite podcasts or books, and then share learnings with one another,” Davis said.

Davis recently finished “So You Want to Talk About Race” by Ijeoma Oluo and said she liked the author’s “straightforward style in suggesting how we can have better conversations about race.”

“A few stretches at the top and some reflection while the sun goes down is a great way to close the curtain on the day,” Davis said.

8 to 9 p.m: For dinner, Davis and her husband have a kale Reuben sandwich. “Jack is the chef in our home – lucky me,” she said.

While they eat, they watch YouTube videos including the evening news, late-night replays, and some sailing videos like Ruby Rose.

“This is when I prepare for the next day — read materials for meetings, think through presentations, look at the revenue numbers, etc.,” she said. “All with a nice candle burning nearby.”

11 p.m. to midnight: Davis spends some time reading before bed.

“So that I don’t wake Jack, I have a little light that attaches to my book — or should I say one of a few books, as it’s common for me to be reading several at once,” Davis said. “I seem to read fiction when on a holiday, but otherwise I enjoy nonfiction.”

One of Davis’ favorite books is Jane Goodall’s “Reason for Hope,” which she says has influenced how she chooses to lead.

And finally, it’s time to sleep.

Source: A day in the life of Google’s highest-ranking Southeast Asia executive, who lives in Singapore, has 40 hours of meetings a week, and used to live on a sailboat 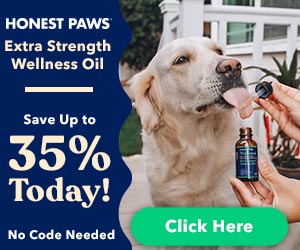