It’s been a busy week for J. Cole, as he dropped his latest album, The Off-Season, to rave reviews last Thursday night and on Sunday, he made his debut in the new Basketball Africa League for Patriots Basketball Club in what turned into an 83-60 win for Cole’s squad in their season opener.

Cole has made clear his desire to make it in the basketball world for some time, and not just as a friend to NBA players and someone who name-checks his superstar friends on albums — although, to be clear, he does that too. Cole wants to prove he’s a real hooper and to show his commitment he tried out for and made the Rwandan squad in the new BAL. His debut was rather unspectacular, but he did get on the board with a putback bucket on a follow in transition for his first professional points.

He finished the game with three points, three rebounds, two assists, and three turnovers, doing the little things and not trying to impose his will too much. While he’s the superstar name on the team and in the league, J. Cole seems to understand and embrace being a role player for the Patriots. He’s happy to play defense, set screens, and try to space the floor for his teammates, while creating and taking opportunities when he can. Brandon Costner, former NC State star and a journeyman who’s played in the G League, China, and elsewhere, led the way for the Patriots with 20 points while Rwandan national Dieudonne Ndizeye added 13 points and six rebounds in the win.

Like I didn't think I'd be seeing J. Cole show early help, stunt, recover to his man and contest the shot. But he did. pic.twitter.com/0TInmznd8h

J Cole with the assist to the big man. His stat line: 3 points, 3 rebounds, 2 assists pic.twitter.com/DZ20Xooa3W

Cole looks like another guy out there, which should be taken as a massive compliment. He doesn’t look wildly out of place with some really, really good basketball players, and for a 36-year-old who’s never played professionally otherwise, it’s a credit to him and the work he’s put in that he’s capable of doing that. 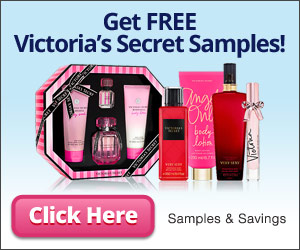