Think fast: How many peacocks does Martha Stewart own? Is it a lot? Just a couple? None at all? The word for the colorful bird is nowhere to be found on her Wikipedia page, so it may not seem like a noteworthy number. And yet not only is it more than you’d think, but the topic, we discovered this weekend, is a point of contention for the entrepreneur, television personality, and Snoop Dogg pal, who appeared to go Medieval on The New York Post when they semi-dramatically underrepresented how many of the birds she owns.

The inciting incident? An article from the conservative-leaning rag about a book, titled Why Peacocks? An Unlikely Search for Meaning in the World’s Most Magnificent Bird. Buried in the article was an interesting factoid: The noted life guru and former incarcerated felon owns 16 peacocks. But on Saturday, Stewart set the record straight, for those who’d been led astray.

The nypost again “fake news”. They have a story on peacocks today and say I have sixteen on my farm I actually have 21 of these glorious birds whose house is impeccable. They do not smell. They are so clean! Their voices are loud but such fun to hear. They are so friendly

“The nypost again “fake news”. They have a story on peacocks today and say I have sixteen on my farm I actually have 21 of these glorious birds whose house is impeccable,” Stewart tweeted. She added, “They do not smell. They are so clean! Their voices are loud but such fun to hear. They are so friendly”’

The paper took note, issuing a correction that read, “This story originally reported that Martha Stewart has 16 peacocks. Stewart clarified via Twitter that she actually has 21 “glorious” and impeccably clean peacocks.”

Tone is infamously hard to read on social media, especially when people aren’t known for their comedic chops try to be funny. So it’s not 100% clear if Stewart was being playful or actually furious that the peacocks on her property had been shortchanged, to say nothing of apparent implications that they’re loud, smelly, unclean, and not nice. Which apparently they are, even if they’re sometimes reluctant to show off their colorful train.

Still, at least you have a new piece of trivia, should the issue of how many peacocks Martha Stewart owns ever comes up on Jeopardy! or at bar trivia.

Source: Martha Stewart Has HAD IT With The ‘Fake News’ ‘New York Post’ Reporting Inaccuracies About Her Peacocks

Joe Exotic Believes He Has Cancer, Wants a Presidential Pardon 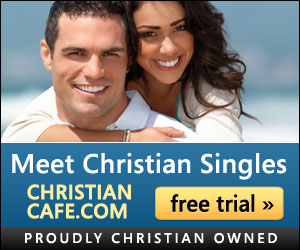